The first drive with la Carla was to give her back her nature as a dwelling, which is located in a building that captures the last beats of Barcelona’s Modernism (1936); the second –with the same restorative stubbornness– was to recover the original surviving architectural elements and ornamental details. These two premises weave the language on which the project wants to be sustained: the exercise of archaeology that involves the restoration of the pre-existing, which forces the new intervention to be displaced to a second layer. 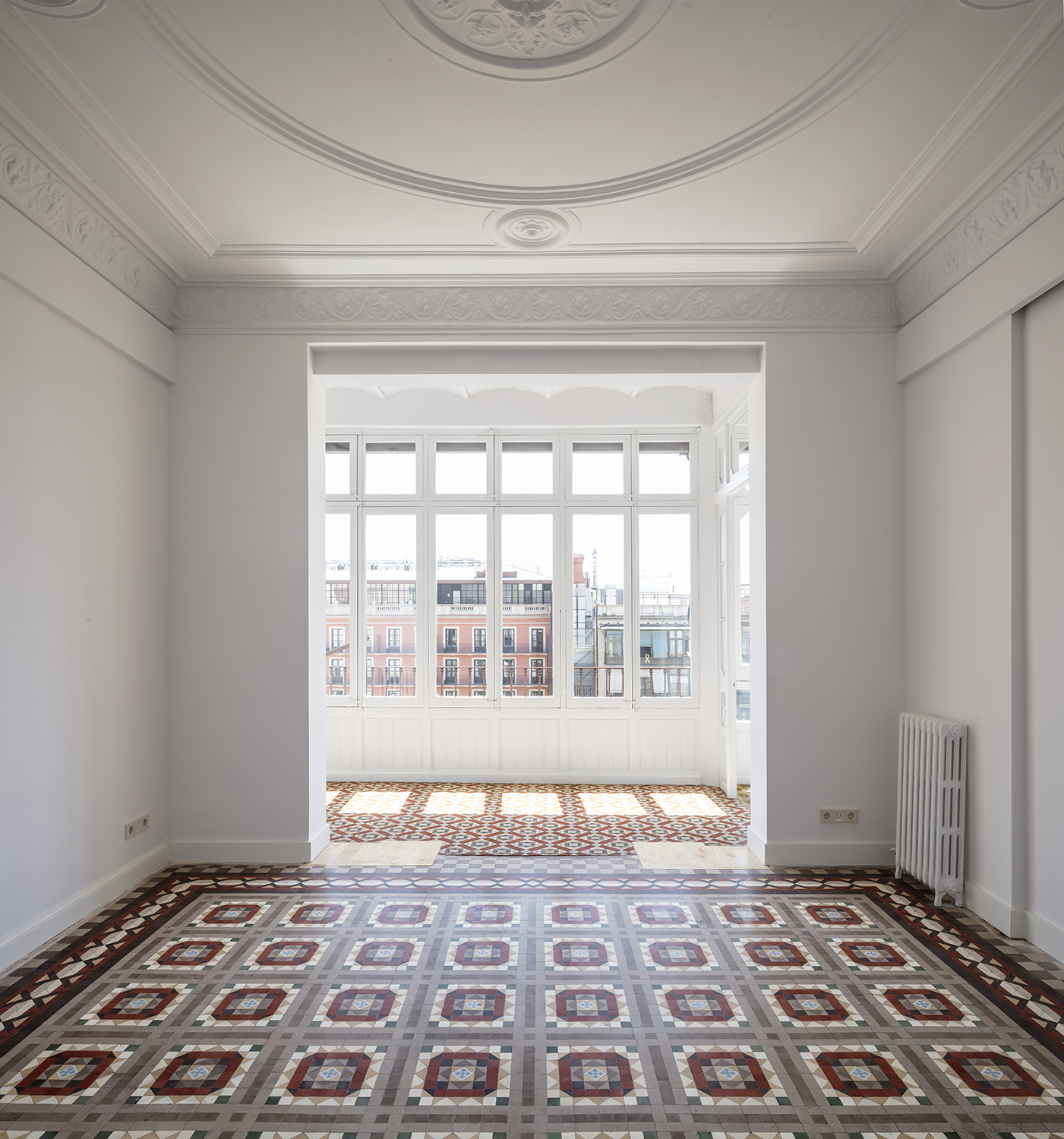 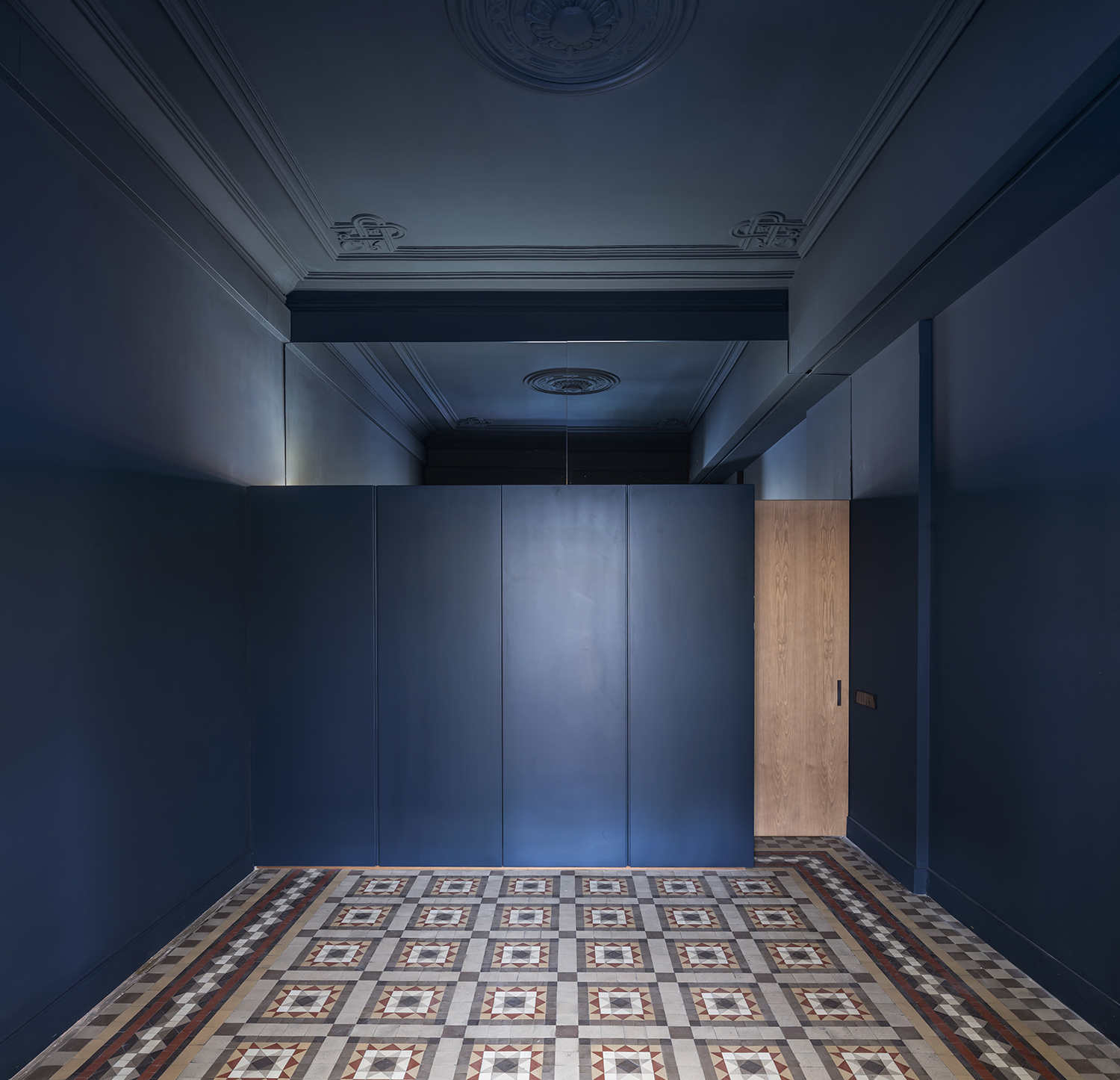 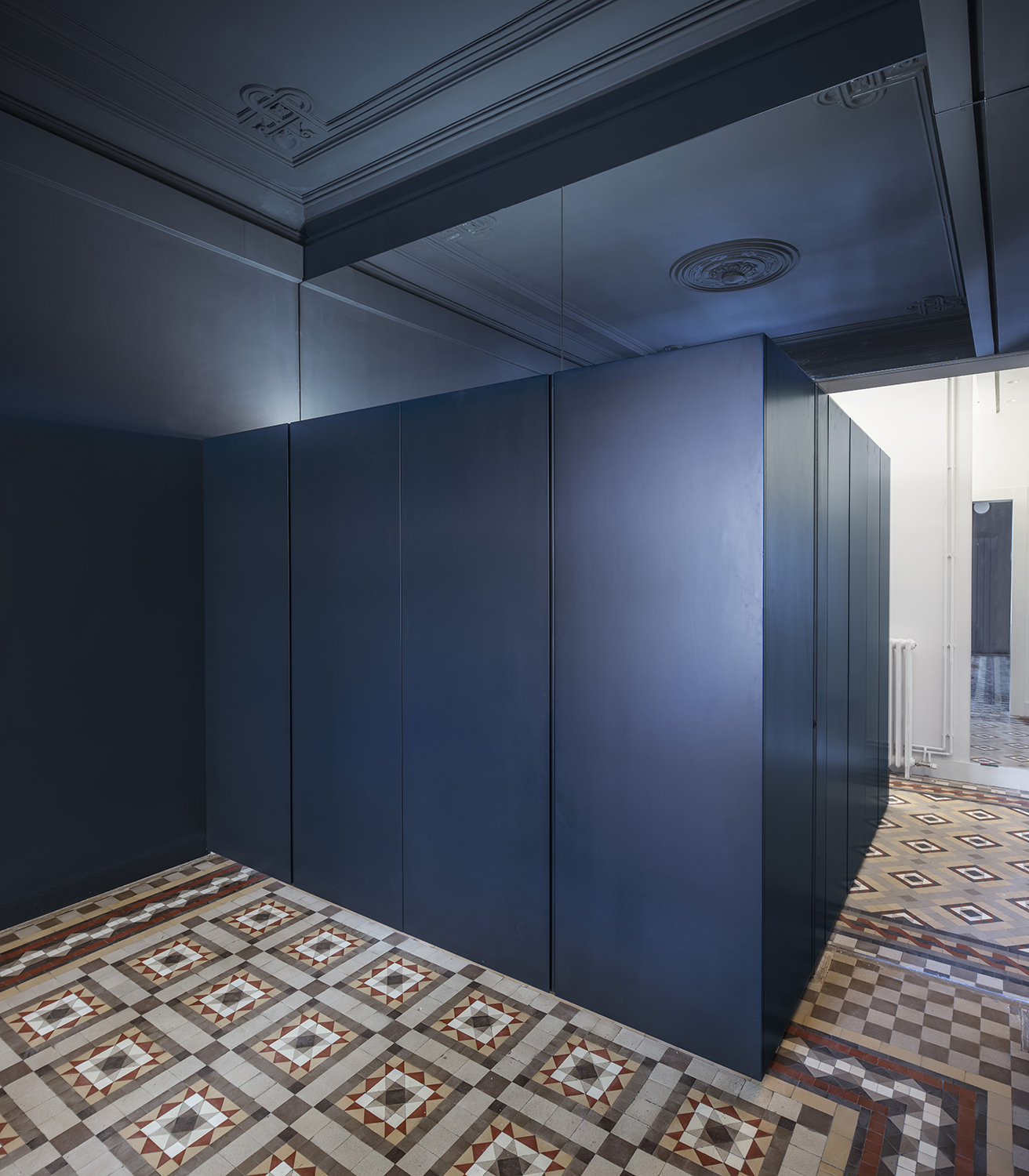 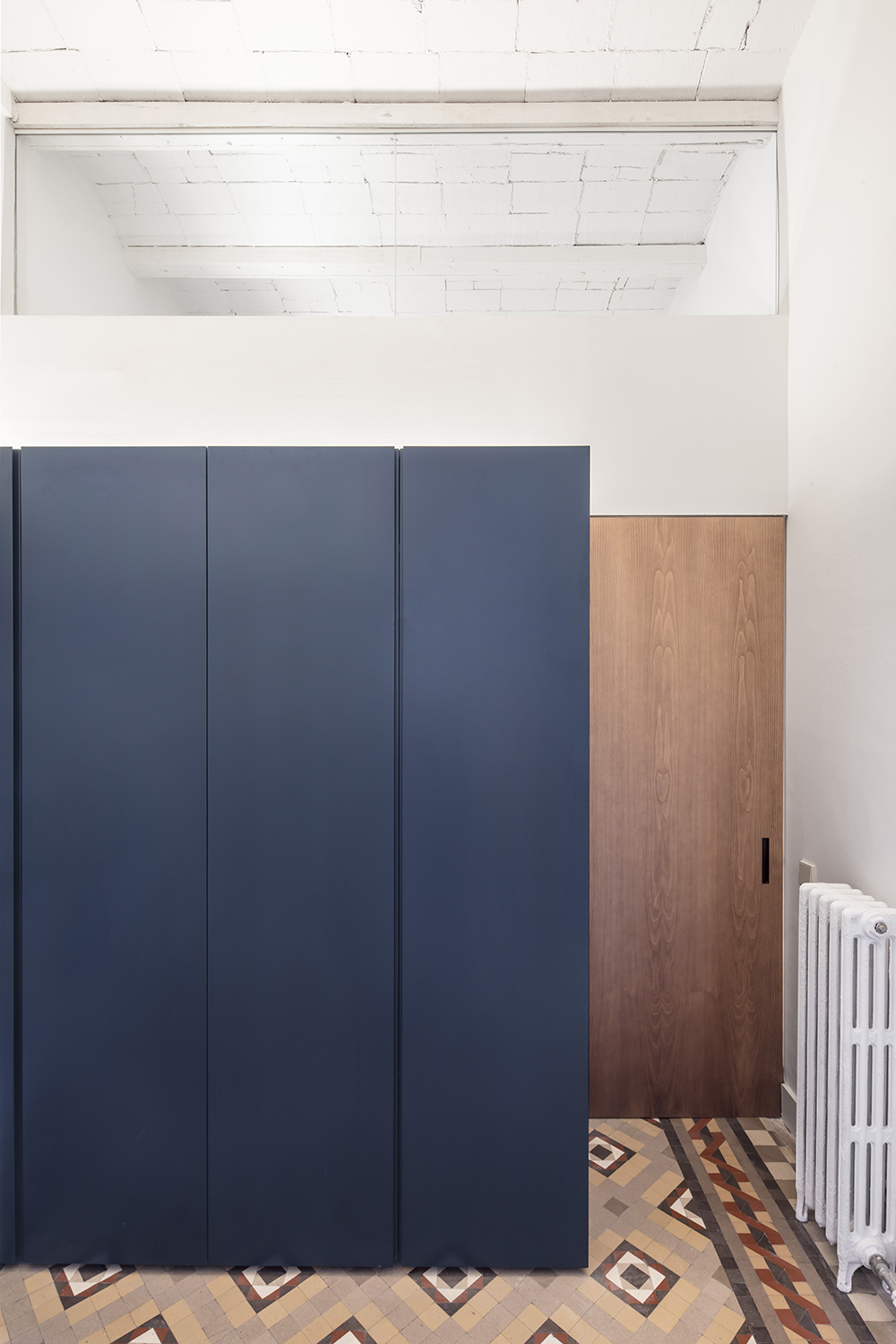 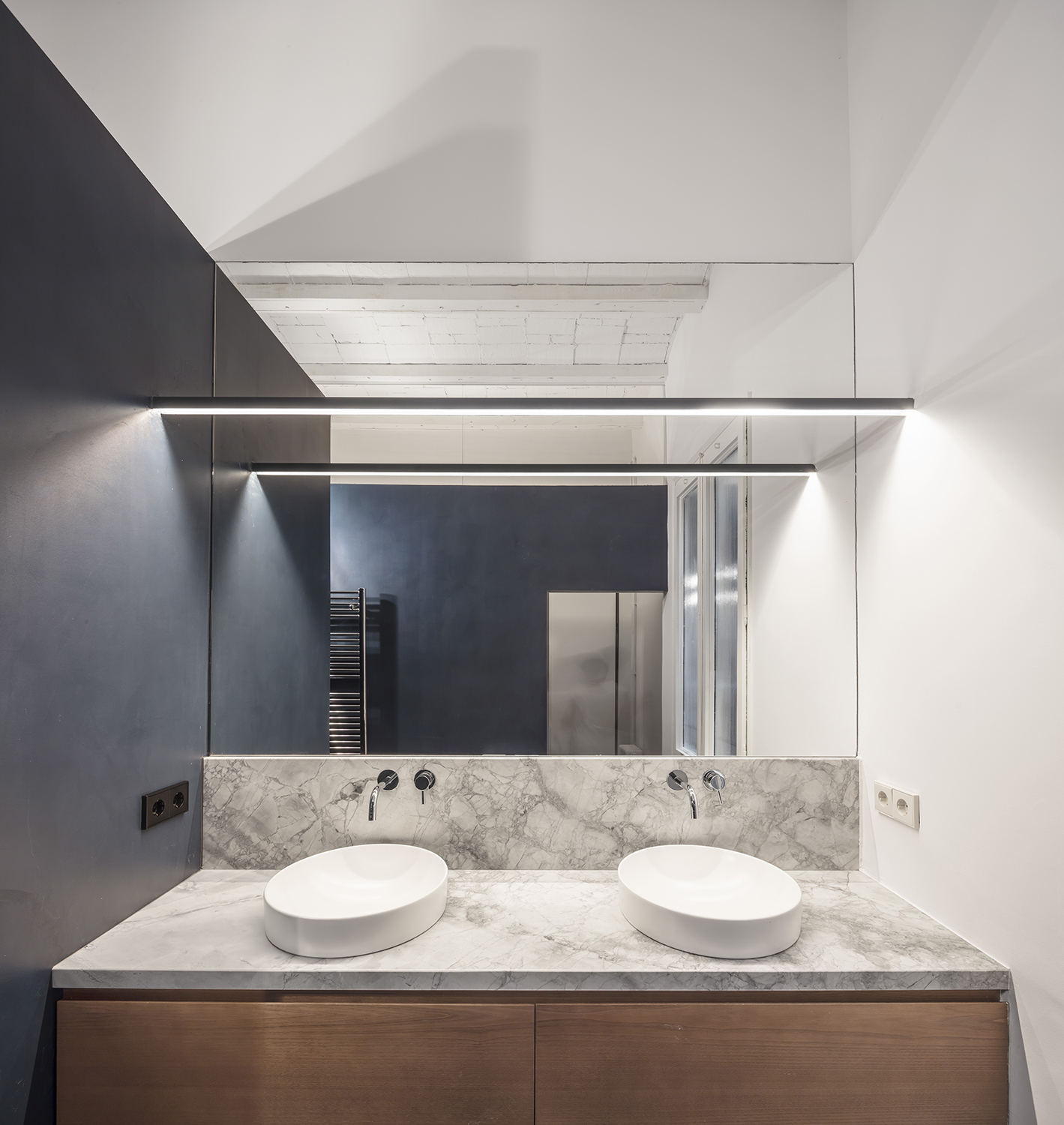 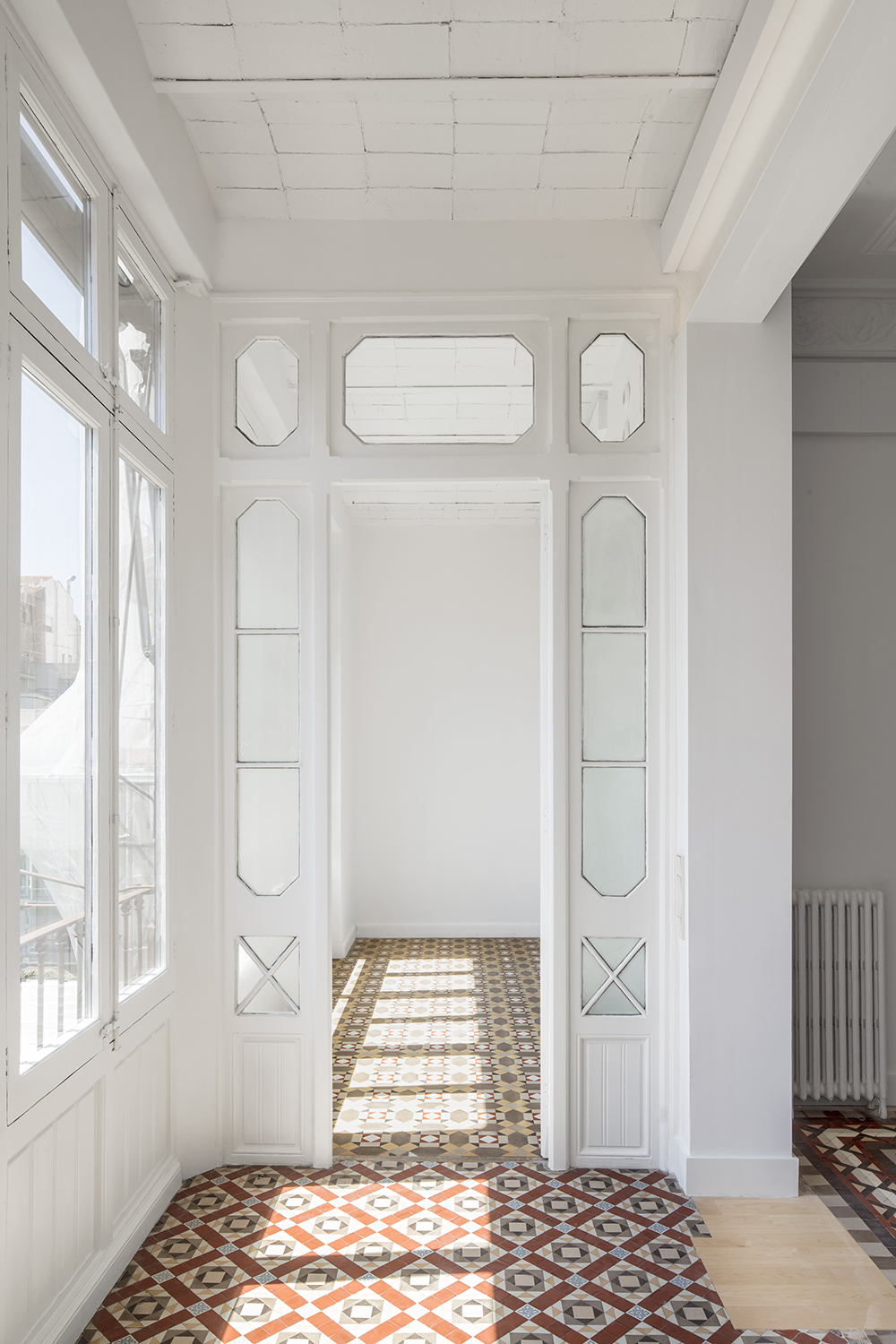 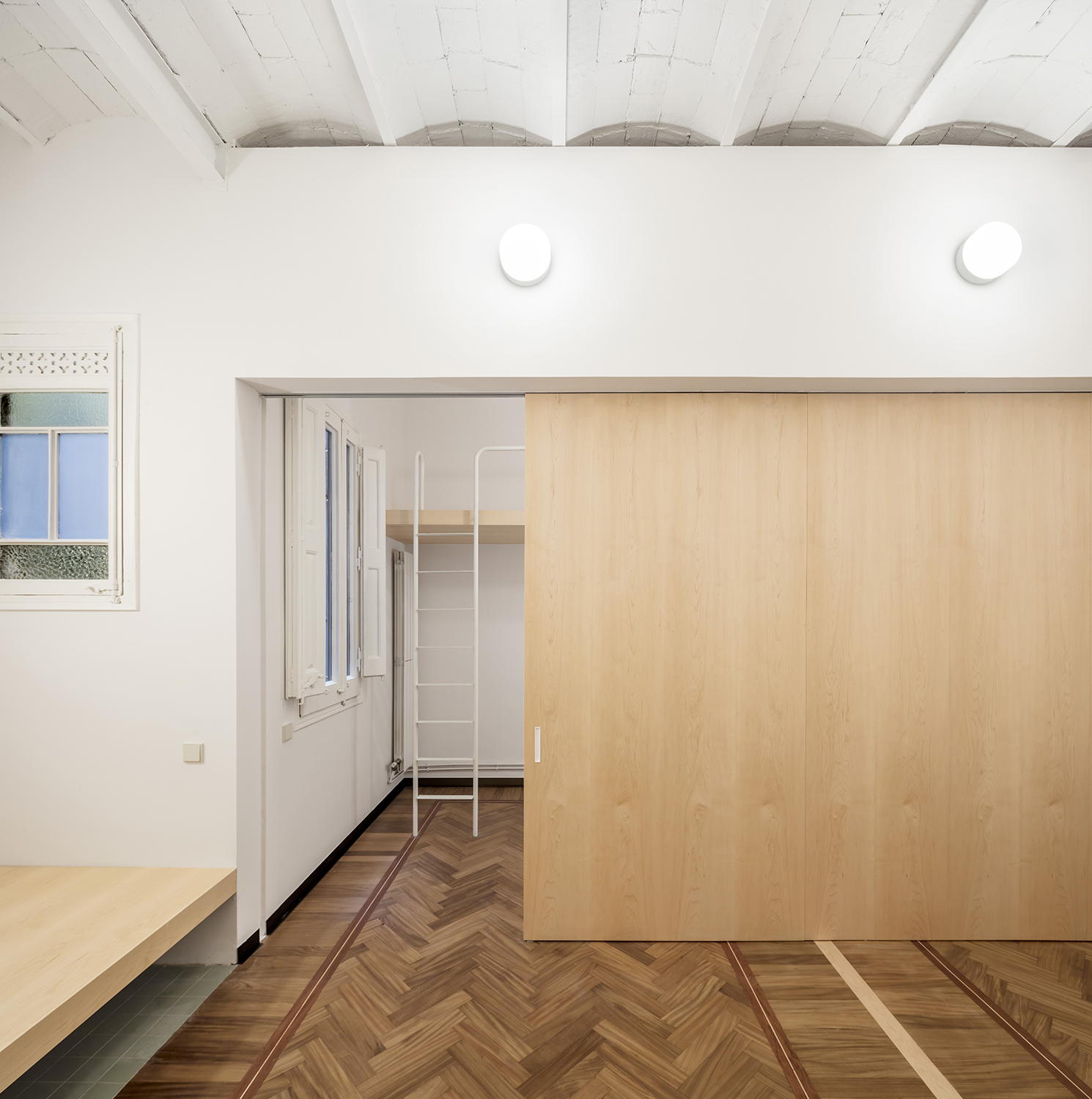 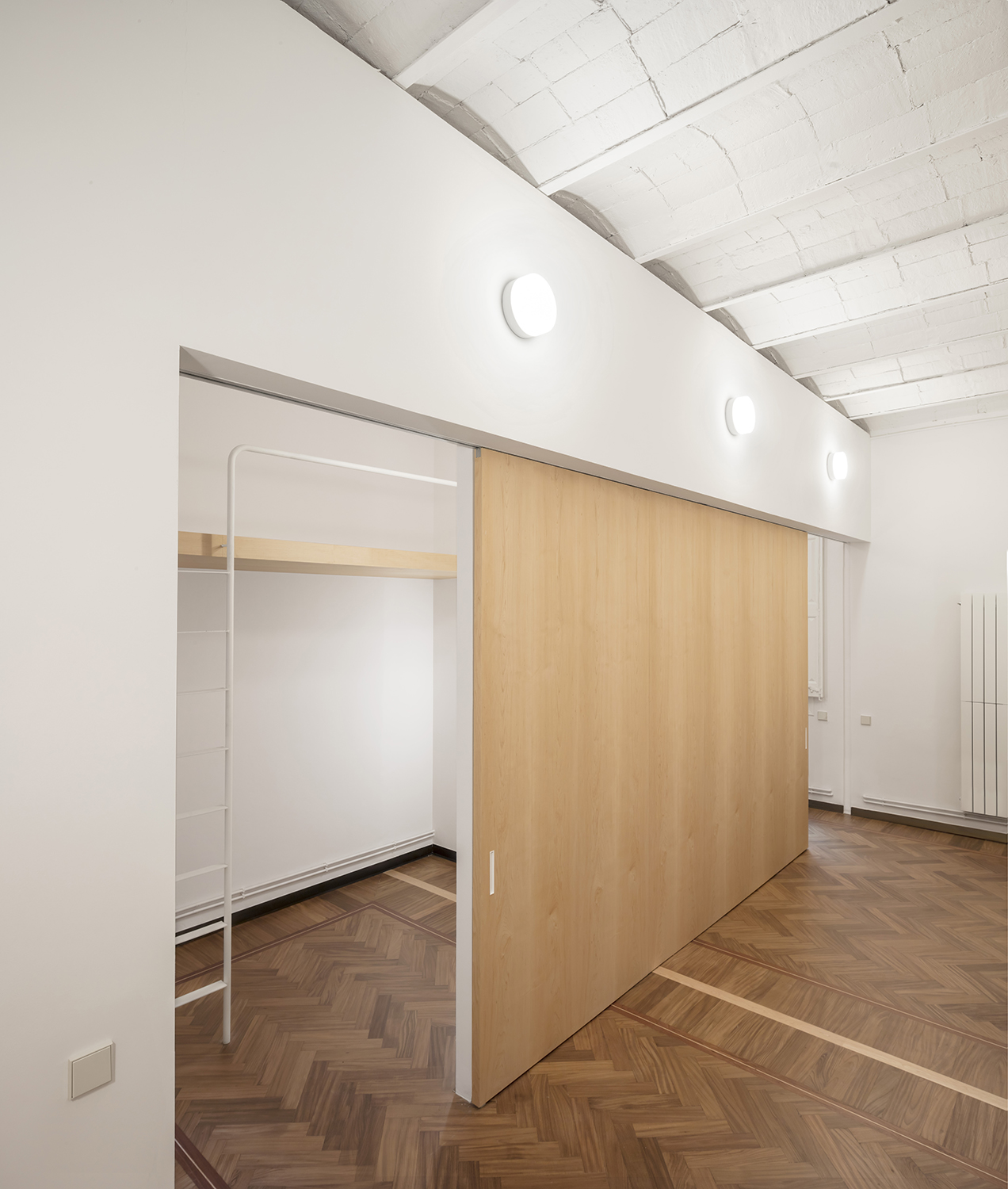 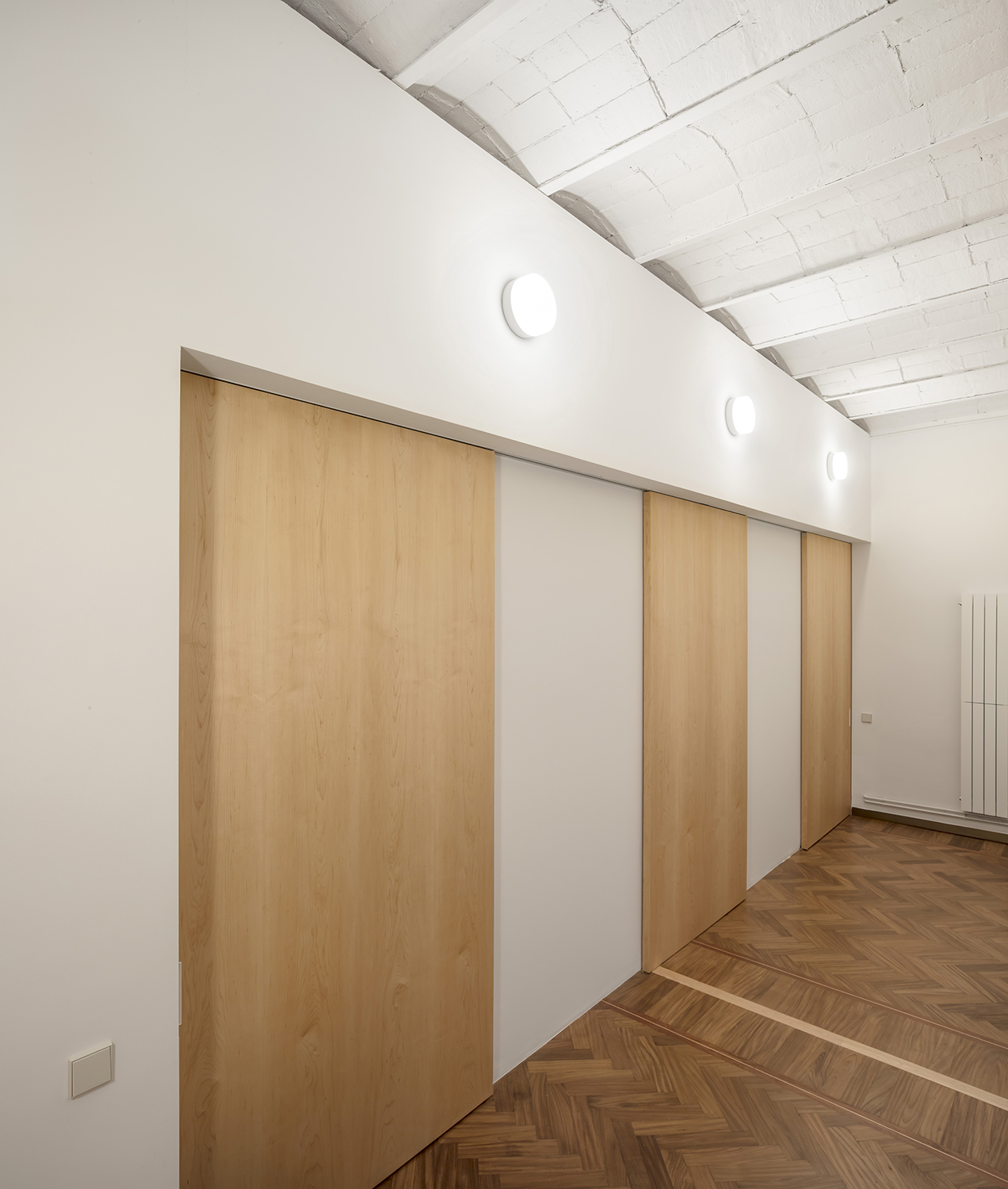 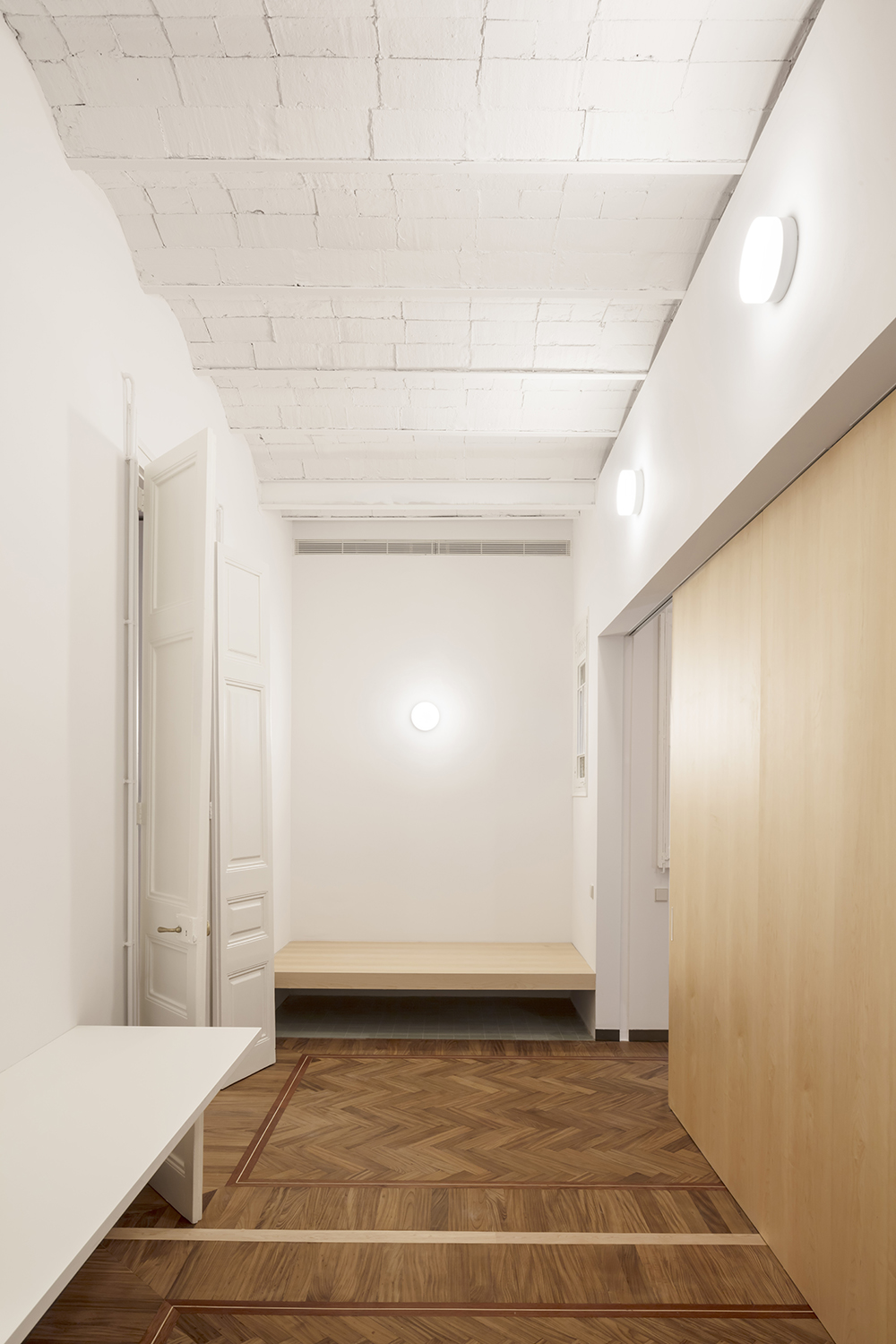 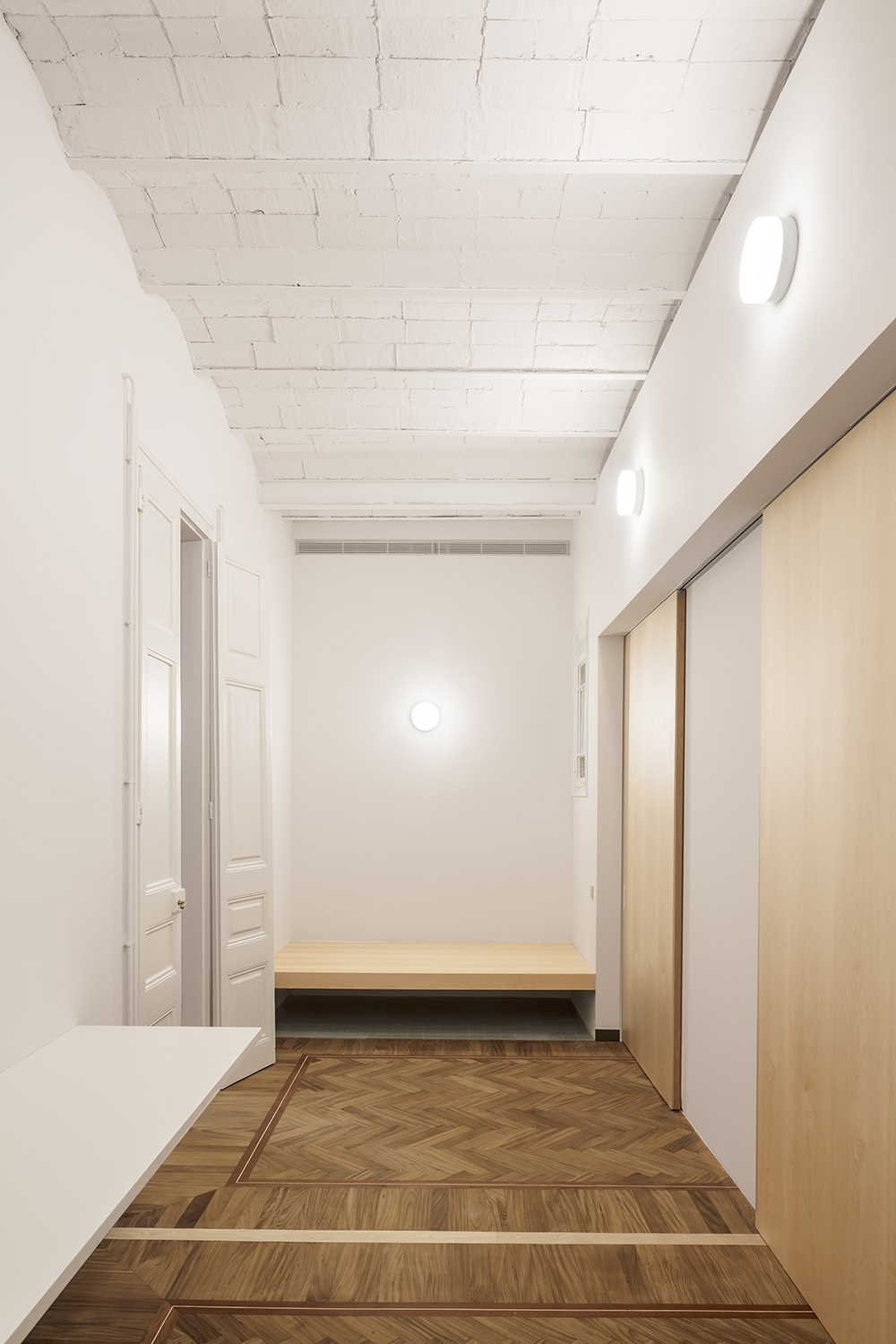 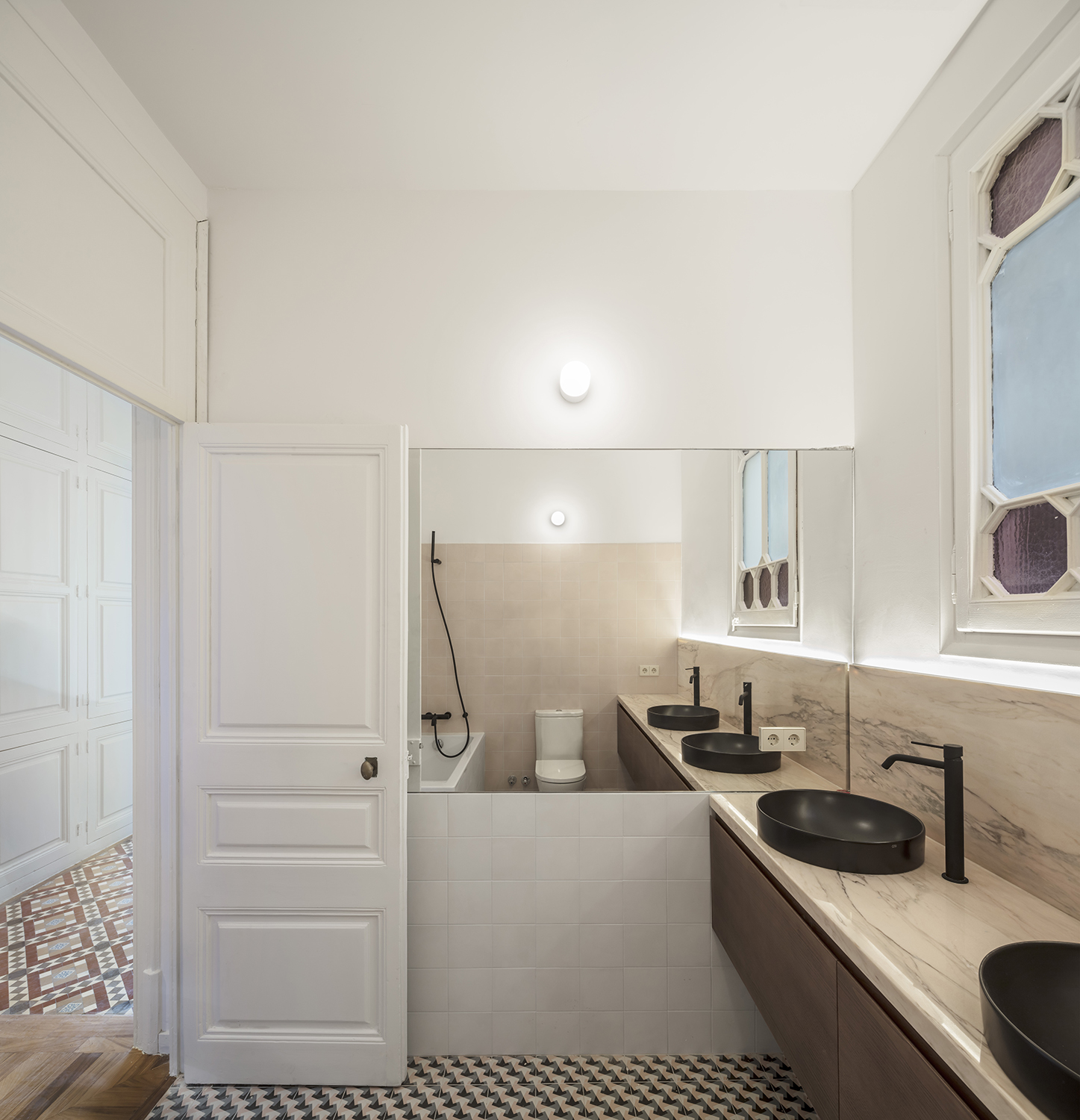 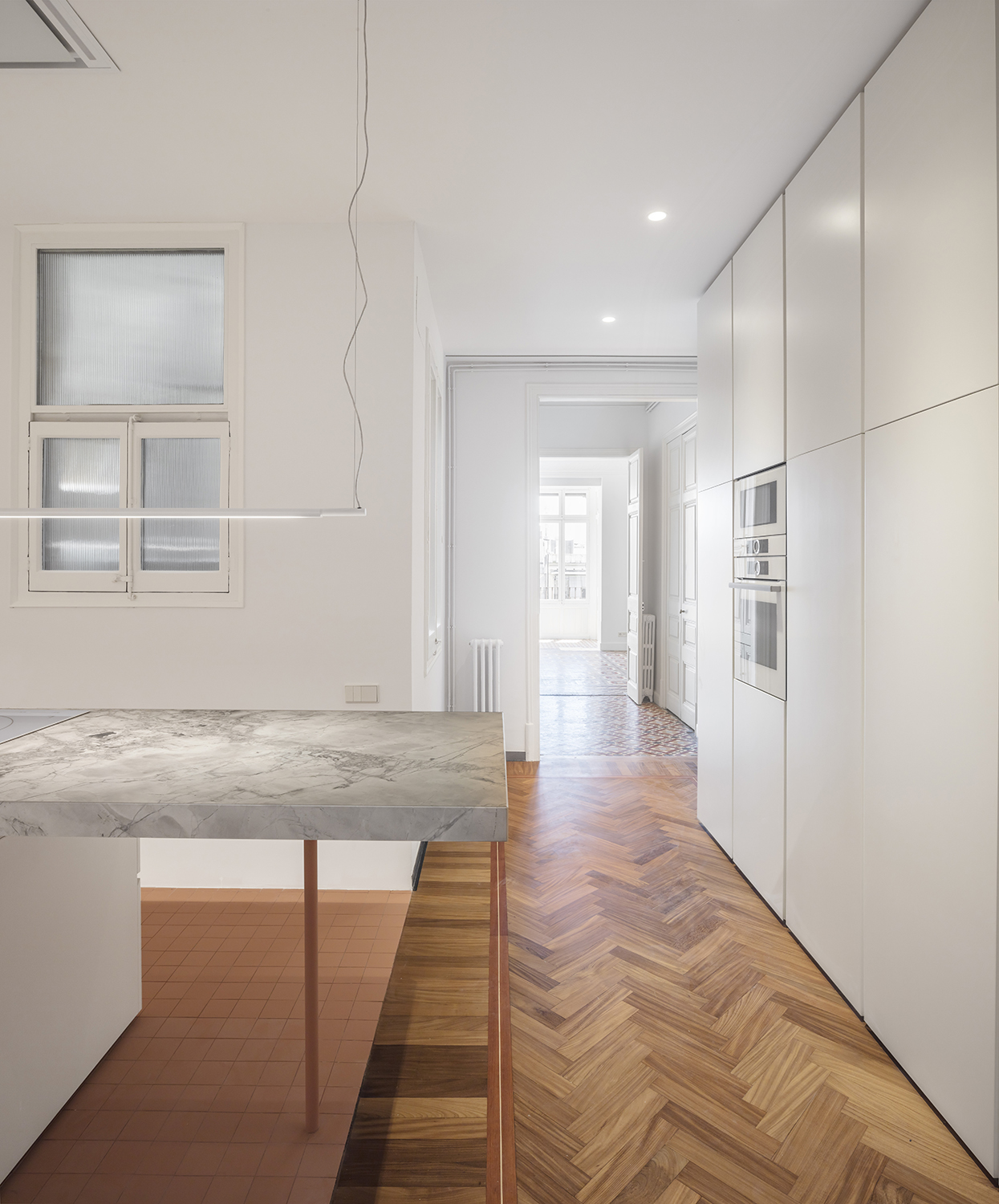 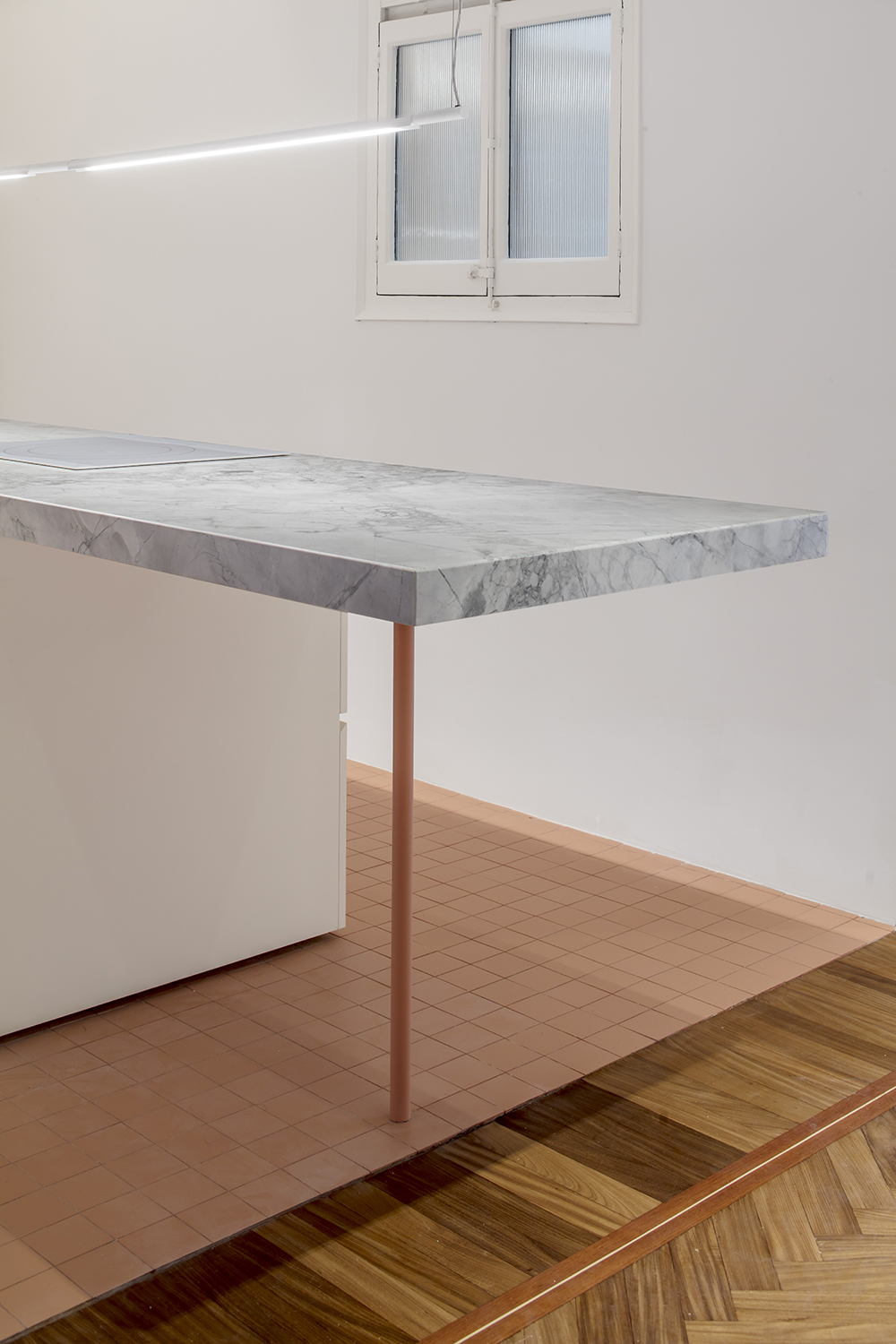 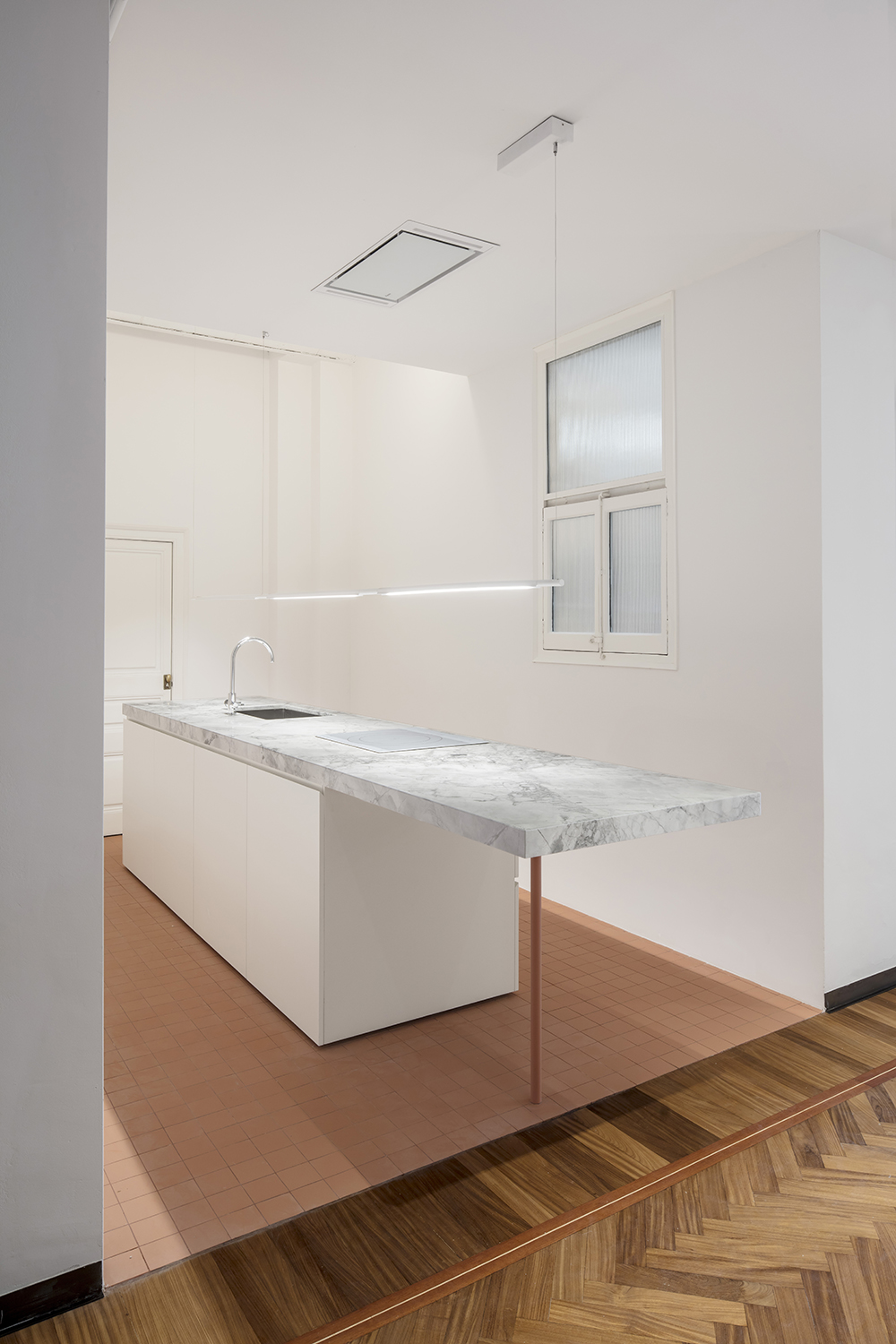 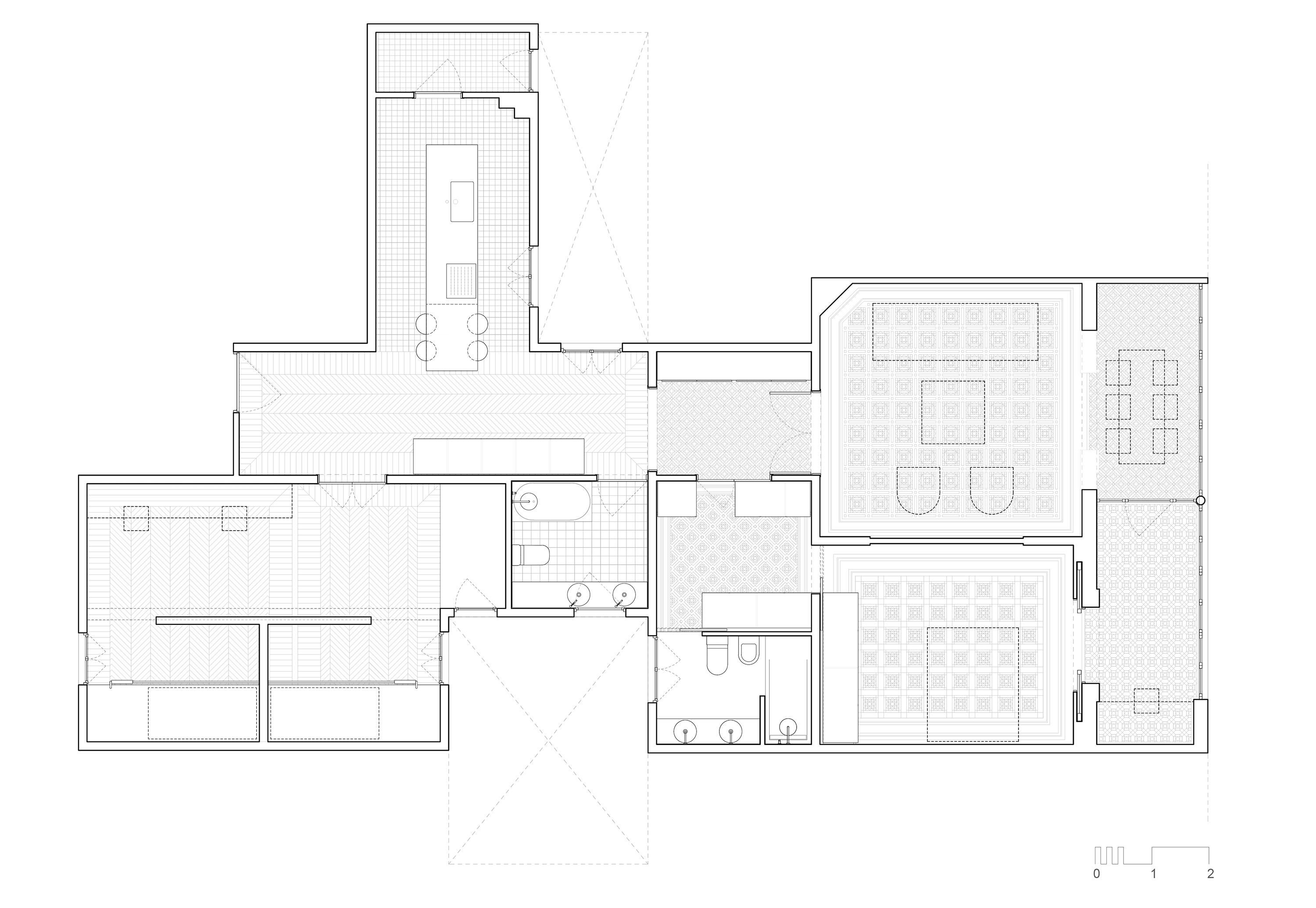 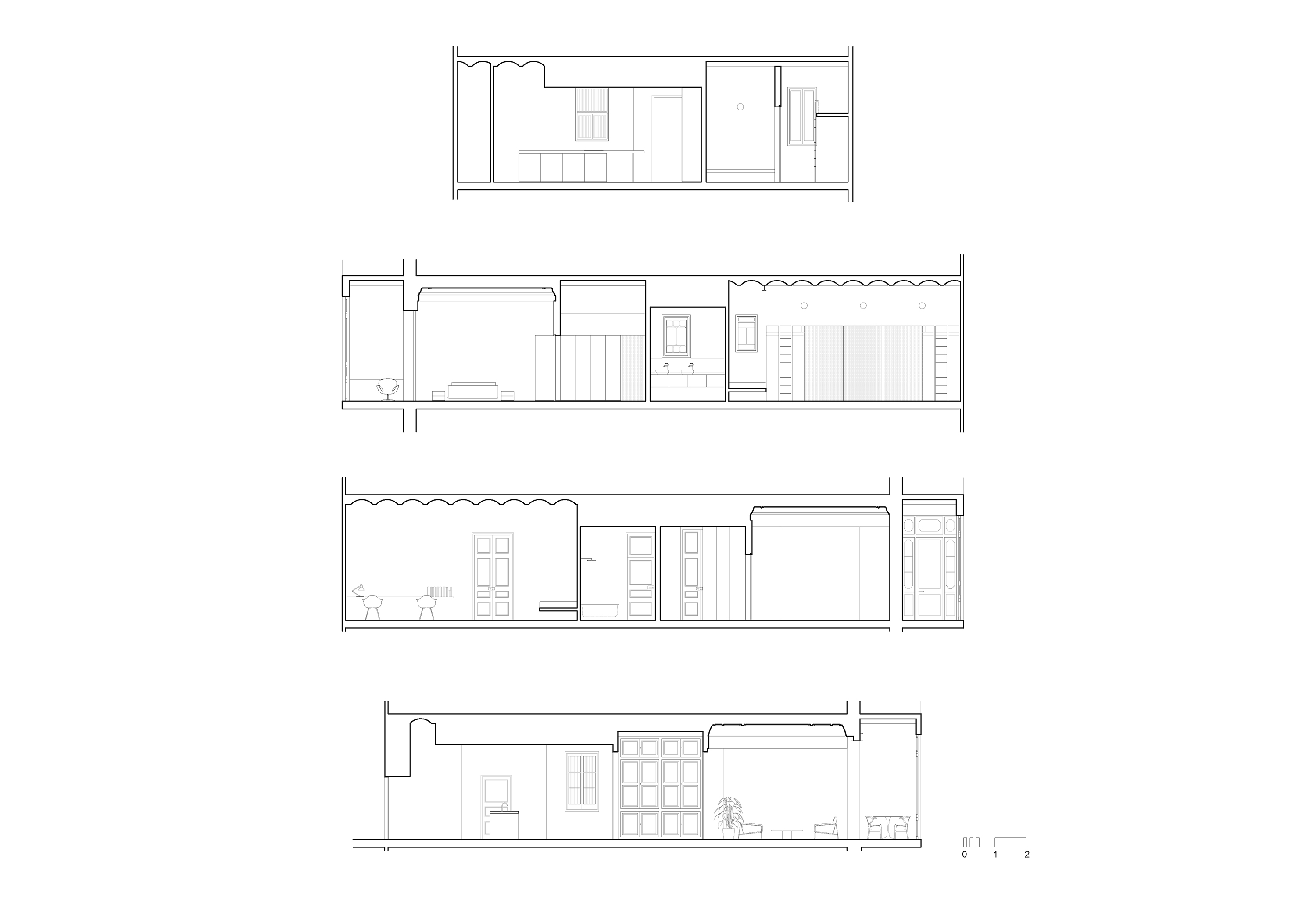